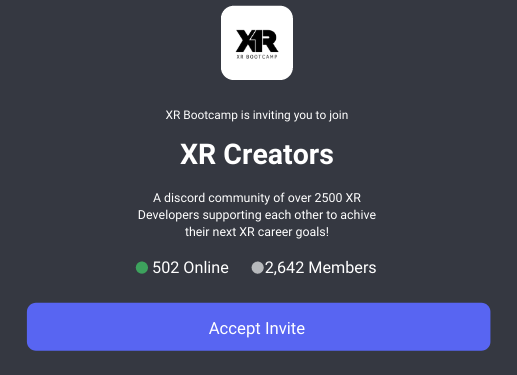 I started the augmented and virtual reality group over at Tesla while I was working there. Before that, though, I was just like a normal software engineer. Like a lot of people here, I was just programming and trying to figure out my way through my career and get better as I go. That’s actually how Tesla ended up hiring me, I started off as a software engineer! Before that, I had experience working with a project called rLoop (https://www.rloop.org/) which is essentially a community of people from all over the world that met together on Reddit and came together, built a Hyperloop pod, competed at SpaceX, and even won the pod innovation award from SpaceX!

Lessons he learnt along the way:

I – Develop your own passion.

A friend of mine and I were like, let’s learn this technology. Let’s try it out. And so he knew a lot more about it. And he was like, well, let’s try using Unity. And let’s try to put together something that just works on our mobile device, that way we can see a view from the past through camera and some things like that.

II – Network and try to find a support group for your passion.

We wanted to see who we can help for free just to get started so we called up a bunch of different organizations, and one of them happened to be the Hyperloop company, rLoop. And we’re like, hey, we would love to build this for you guys. And, like, yeah, that’d be so cool. And just being on that project, I learned so much. And then when I was interviewing with Tesla, they were also impressed with the experience of Working with rLoop. So they hired me as a software engineer. While I was there, I started realizing that Tesla is the kind of a place where you can create your own career path. You get in there, and that’s great… Then, what you do from there is you network and you meet people and you forge your own direction in which you want to go and help the company along!

III – Find out what your group has problems with and how to solve them.

While at Tesla, I noticed I didn’t see anybody really working on augmented virtual reality in terms of the bigger picture. There were teams at the time that were doing projects that were very specific. But I asked the question: what if I could bring together people from all over the company and look at some of the biggest problems that Tesla, GigaFactory, and Tesla Solar are facing? How can we identify an overarching problem and how do we figure out how to use what I’m going to call spatial computing? It’s the same thing as AR/VR. The term spatial computing kind of encompasses all of it, so how can I use this new technology to try to solve some of these big problems that this company is facing? Within a couple of months, we had a little over 90 people on our team, and we were talking with people from across most departments at Tesla; Sales, service, construction, manufacturing, ergonomics, engineering, robotics, safety, and training. We were trying to figure out what the big, company-wide problems were.

That’s kind of how I got into running and founding the AR/VR Group over at Tesla. I started from just a software engineer and wanting to solve big problems! So when we’re out there and we’re looking at job requisites, we see maybe it requires two or three years of experience doing X, Y, and Z, or requires ten years plus of doing whatever.

I know that a lot of times it’s placed under requirements, but one of the things that I’ve learned through applying to a number of places and being rejected a ton of times is that those requirements are normally really important to the company, but they’re not set in stone. Like, you must have this many years of experience, there are limits but it’s kind of a flexible requirement.

So if they’re asking for ten years of experience and maybe you have zero years of experience, or maybe two or three, it’s probably not worth your time to apply to something like that. But if you have five to seven years of experience, it might be reasonable to apply for something that’s asking for ten years. Or if it’s asking for two or three years, maybe they can handle somebody with a little bit less experience. Or maybe when they meet you, they think that you’d be such a great fit for their team that they’ll put you into maybe a different role that they have on their team where they can mentor and guide and train. But just know that it’s kind of like a flexible range, probably within, like, two to the three-year range.

So don’t feel scared applying for jobs that ask for more years of experience than what you have. When I applied to Tesla, I applied consistently for weeks, and I think eventually ended up being like three or four months of applying to different jobs at Tesla until I got a phone call from one team. So don’t give up when you’re applying somewhere.

A Virtual Reality Development team does not only need engineers!

Looking at augmented and virtual reality, more specifically, the whole spatial computing team – If a company is going to put together a team of people, it’s not just engineers, it’s not just designers.

Building technology in this realm requires a huge number of people of different experiences and different skill sets. So what I have listed here is kind of a basic list of people that if I were to build out an augmented virtual reality team, these are some of the roles that I would want to fill to make an incredible experience. An incredible application. Developers, software engineer, user experience designer. Somebody who understands locomotion. Locomotion is just moving around in a virtual environment. A VOC specialist or somebody who understands the customer is always like working together with the customer to understand what they need.

Sometimes that can tie together with a user experience designer. Having somebody who can do user interface design, somebody who can manage the project, a different person who can manage the product, who’s out there figuring out what kind of product do we need to build? What is going to create the most value for our customers and our end users? Even if you’re not a developer or designer and you want to get into augmented or virtual reality or more broadly, spatial computing, there’s a number of opportunities that you can come in as depending on whatever your background is or whichever your interest is.

If you're interested in building a VR Career, feel free to start off with our free C# with Unity Course.

© 2021 XR BOOTCAMP. All Rights Reserved
We use cookies on our website to give you the most relevant experience by remembering your preferences and repeat visits. By clicking “Accept All”, you consent to the use of ALL the cookies. However, you may visit "Cookie Settings" to provide a controlled consent.
Cookie SettingsAccept All
Manage consent

This website uses cookies to improve your experience while you navigate through the website. Out of these, the cookies that are categorized as necessary are stored on your browser as they are essential for the working of basic functionalities of the website. We also use third-party cookies that help us analyze and understand how you use this website. These cookies will be stored in your browser only with your consent. You also have the option to opt-out of these cookies. But opting out of some of these cookies may affect your browsing experience.
Necessary Always Enabled
Necessary cookies are absolutely essential for the website to function properly. These cookies ensure basic functionalities and security features of the website, anonymously.
Functional
Functional cookies help to perform certain functionalities like sharing the content of the website on social media platforms, collect feedbacks, and other third-party features.
Performance
Performance cookies are used to understand and analyze the key performance indexes of the website which helps in delivering a better user experience for the visitors.
Analytics
Analytical cookies are used to understand how visitors interact with the website. These cookies help provide information on metrics the number of visitors, bounce rate, traffic source, etc.
Advertisement
Advertisement cookies are used to provide visitors with relevant ads and marketing campaigns. These cookies track visitors across websites and collect information to provide customized ads.
Others
Other uncategorized cookies are those that are being analyzed and have not been classified into a category as yet.
SAVE & ACCEPT